Why switching from Canon to Olympus was the perfect decision for me – Part 1: The decision process 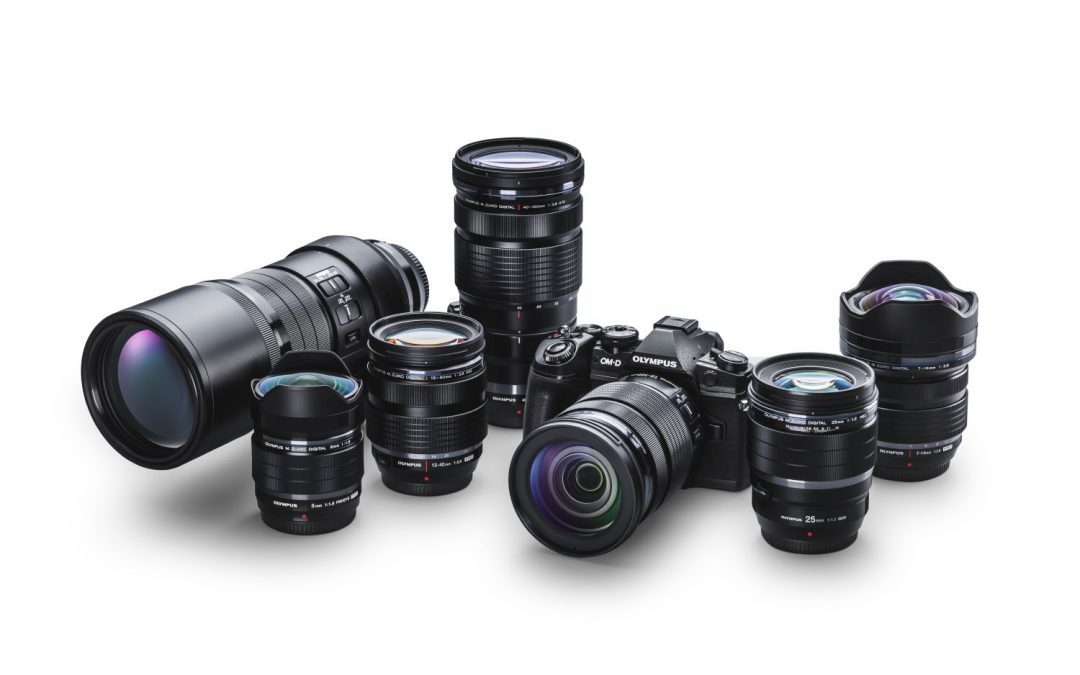 In December 2017 I made the switch from my longtime relationship with Canon over to Olympus – and for me, this was the perfect decision. But what lead to this decision? Let me take you along my thought process before and after the switch. This part will talk about my decision process. In part 2 I will share the experiences of the first 7 months with the new system.

Where I came from

My passion for photography really took off, when I bought my first DSLR in 2011. Everything started with the Canon 60D and the 18-55 and 55-250 kit lenses. I mainly did nature photography. Animals, plants, landscapes. And bit by bit I upgraded my equipment. At some point, I even owned one of those fantastic Canon 400mm 2.8 IS II lenses. The big white ones, you see at every major sports event on the sidelines – or in the hides of passionate nature photographers. I had pretty much everything I could wish for gear wise.

Then everything began to change when I moved to Munich and rediscovered my love for mountains and outdoor sports. I went climbing, hiking and mountaineering a lot. Soon I started to take my camera with me. It was a great symbiosis. Even if I had a day where I did not bring home a single good picture, I had a great day in the mountains, together with good friends. Soon I realized that this might be even more my type of photography, instead of the classical nature photography I pursued up to this point.

However, that caused an issue for me. The equipment I had was bulky and heavy. And if you have ever had a long and exhausting day in the mountains, you know you do not want to carry more weight in your backpack than necessary. Not talking about the limited space in your backpack. My main camera setup at this time was a Canon 7D II with a 16-35 2.8 III.  With an extra battery I this came pretty close to weighing 2kg. Especially when worn at the backpacks shoulder strap, attached with a Peak Design Capture Pro. Bringing my 70-200 2.8 IS II was never an option. The large form factor and the 1.5kg of extra weight were too much.

Requirements for the new system

So I started to have a look around, which other camera manufacturers could provide a more suitable camera setup for me. But first I created a list with my top priorities regarding the new system:

I came up with the requirements above. The weather sealing had the highest priority for me. When I am out in the mountains, I cannot treat my gear like a raw egg. When it rains, I cannot think of the camera first. First I have to assess the situation, what rain means for my buddies and me in the terrain we are currently on. And as I carry the camera attached to the shoulder strap of my backpack, the camera will not be protected from rain at all. Carrying it like this results in the one or the other rock contact when I am climbing as well – and a camera that suits my needs has to handle this without any issues. And think about ski touring in winter – the camera has to deal with the cold and the snow.

Size matters overweight, as the extra weight I „just“ have to carry, while the volume of my backpack is a hard limit, as I am not willing to carry a too bulky backpack. As I was looking into getting started with videos, I wanted a camera that had good video capabilities and was easy to get started with. Furthermore, I am spoiled by the large portfolio of lenses that Canon offered. I want the kind of flexibility to have the option „to get the lens for the job“ when I need it. Image quality should be decent, but came further down my list, as I am not primarily concerned with analyzing an image pixel by pixel – and I assumed all the cameras I will look into, will be in a market segment, where image quality would always be good enough for my concerns.

I soon started to look into mirrorless systems as they promised the form factor advantage over the traditional DSLRs. As I aimed for a small and light kit, traditional DSLRs were out of consideration.

All listed cameras above are weather sealed – however, in a test from Imaging Resource, the Sony camera they tested did not get the best grades. That made me a bit cautious towards those systems right from the start.

When looking at Sony’s lens lineup, I soon realized, that the only weather sealed lenses were the G-Master full frame lenses. So I would save a bit of size and weight on the body – but as the laws of physics are the same for all camera manufacturers, the size and weight of the lenses would be just the same for Canon and for Sony. So no real gain here. Combined with the weather sealing issues that Sony had at this time, they were no longer an option for me. So the Micro Four Thirds (MFT) cameras remained. They are both weather sealed (with the Olympus having top results in the test mentioned above that Sony failed) and the lenses offered for the MFT system are way lighter then lenses calculated for full frame sensors. The above-listed lenses are roughly the same focal length equivalents to the listed Sony lenses, due to the crop factor of 2x of the MFT system.

With the Olympus OM-D E-M1 Mark II and the Panasonic Lumix GH5 left in the race, I started to favor the Olympus. While the Panasonic was a beast regarding video, the Olympus was tailored more towards photography – but still had pretty impressive video features. And as I see myself more as a photographer than a filmmaker, this was the way to go for me.

Resources that convinced me to choose Olympus

A review by Aurel Manea was one of the first reviews I read on the OM-D E-M1 Mark II, and it profoundly influenced my decision for the camera that I now own and love. He starts off with an impressive gallery of mainly landscape pictures. Later he goes into an in-depth analysis of the things he likes about the system and the things that bother him.

This review by Thom Hogan is quite extensive as well – including a conclusion that considers possible competitors that might be an alternative.

And then there is Chris Eyre-Walker. This is the man who really sold the Olympus system to me – and makes me feel good about the decision with every new project he pushes out. At the time of the decision, his VLOG episode about climbing Peak Lenin (7134m) and documenting it with his OM-D E-M1 Mark II gave me the final push over the edge towards making the decision for Olympus. This was precisely the harsh environment (maybe not THAT extreme) that I was looking to take my camera to. He recorded the video with his Olympus and took amazing pictures – and the camera handled all the extreme conditions without flaws.

When I already bought into the Olympus system, he published his documentary “Dreamwalkers – The Faroes Project“ that was well perceived at the Banff Mountain Film Festival and went on their world tour where it was shown on big screens. I had the chance to watch it on the big screen, when the tour came to my hometown Munich. The entire scenes on the ground were shot with Olympus gear, supplemented with Drone footage from DJI’s Inspire drone. There is even a three-part series on his YouTube channel about the making of Dreamwalkers.

And just recently he published a short film about Morocco – any more words needed? I might sound like a fanboy of his – and that’s maybe because I am. But in my opinion he really shows what you can get out of this camera – picture wise and especially video wise. And when you follow through his videos, you see the development. He did not start perfect, but he bought into the system and made it work incredibly well for him. I hope one day I will come close to what he is delivering.

This is it for the first part of „Why switching from Canon to Olympus was the perfect decision for me”. In part two I will tell you about my first impressions with the new system. And of course I will show you a lot of pictures I shot with this camera.

Subscribe
0 Comments
Inline Feedbacks
View all comments
wpDiscuz
We use cookies to ensure that we give you the best experience on our website. If you continue to use this site we will assume that you are happy with it.Ok