Why switching from Canon to Olympus was the perfect decision for me – Part 2: First impressions 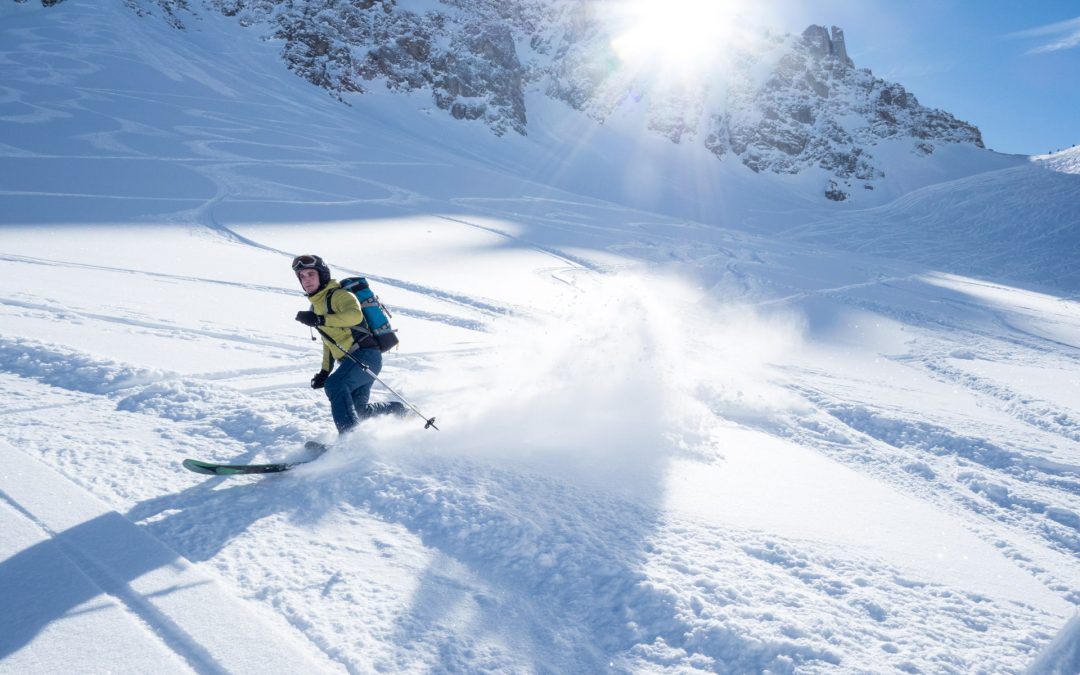 In part 1 of this series I explained, how I made my decision to switch from Canon to Olympus. Once the decision was made, I had to choose the equipment I was going to buy. In the end, I ordered the following:

In December I started with some snowshoeing. Starting from January, I got into ski touring and took the camera with me early on. When the temperatures got warmer, the sports climbing season started – followed by alpine climbing a bit later on. And of course the regular hiking and mountaineering.

I choose the Olympus mainly because the build quality was advertised as designed for harsh conditions. And the Olympus OM-D EM-1 Mark II delivered. When it arrived, the first impression was excellent. The camera looks high quality and feels solid like a brick. About the lenses, I can tell the same. The lens barrels are built of metal and give the impression that they can handle a lot of harsh conditions. And the first impression was confirmed in the field. 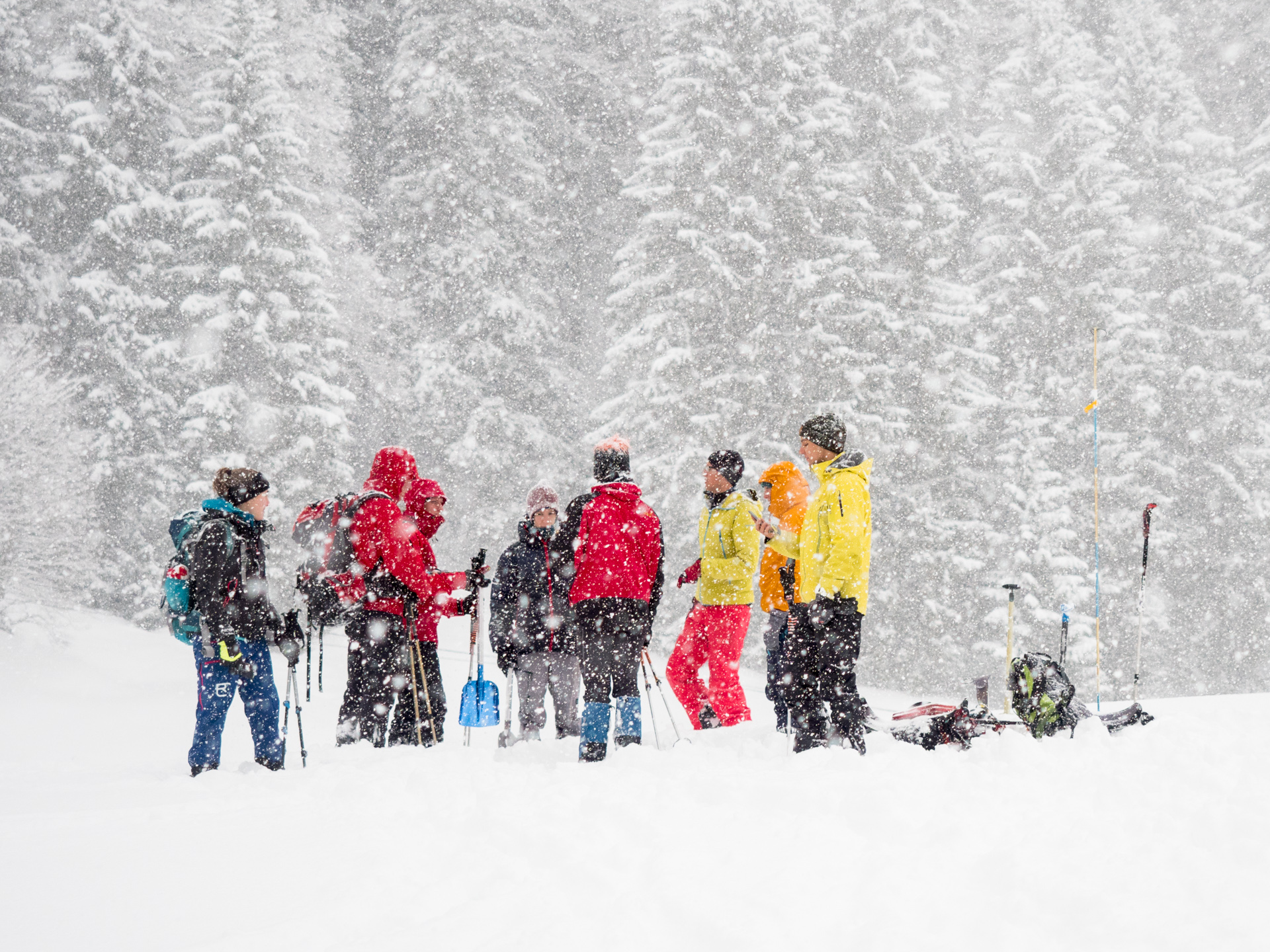 One of the first tests was during an avalanche search training in December. Most of the time we had heavy snowfall, freezing cold temperatures and sometimes more and sometimes less wind. I carried the camera as I always do – attached to the shoulder strap of my backpack. So it was consistently covered with snow and ice. The camera did not mind at all, and I was able to capture some pictures that show the training group in those conditions. 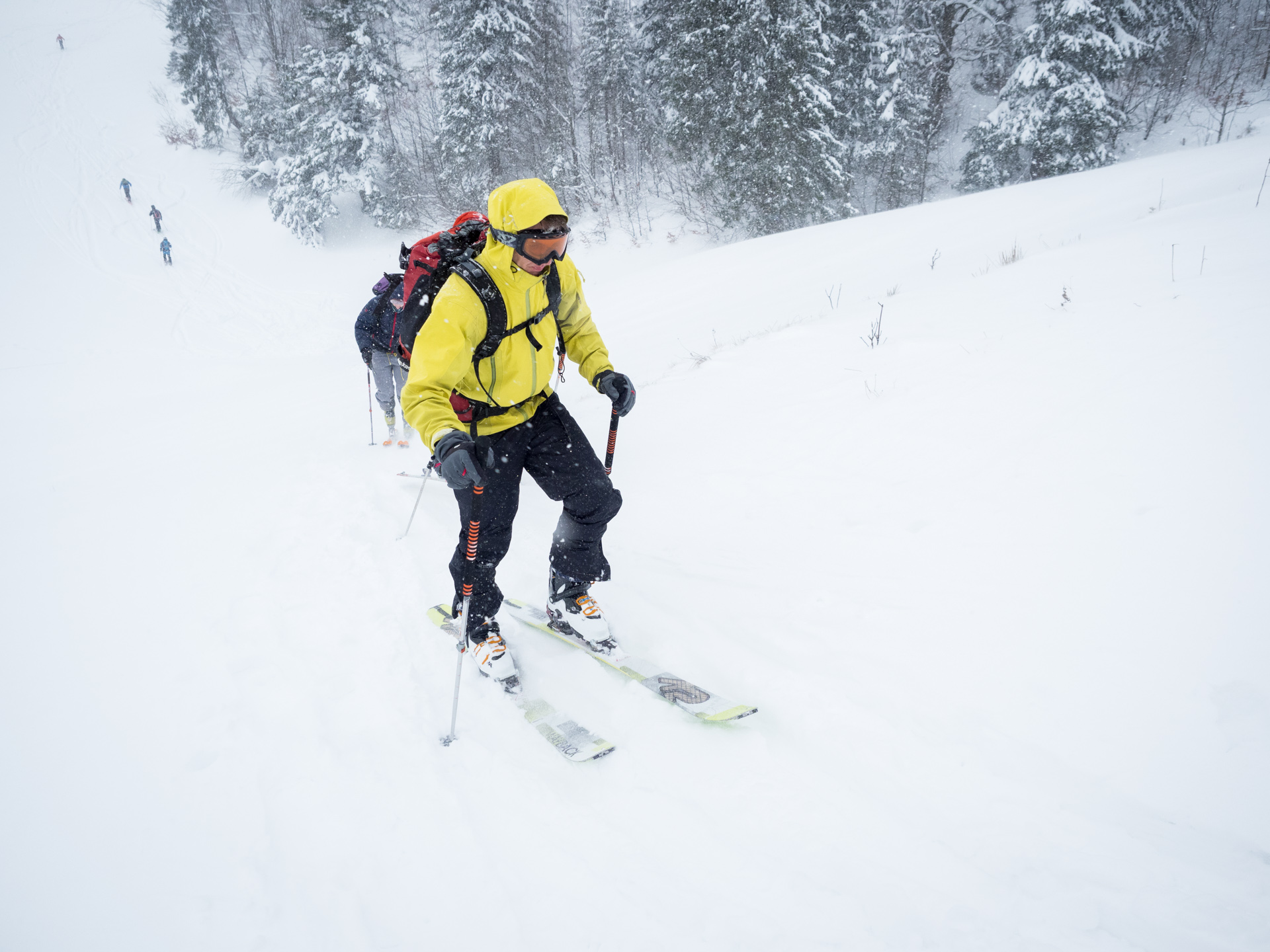 When I started with ski touring in January the next test came. What happens, when an inexperienced skier gets off the prepared slopes for the first time? Right – I fell a lot. And more than one time I had the camera still out on the shoulder strap. Once I lost a lens hood because I did not check right after getting back on my feet – and after I skied down the slope I could not find it anymore once I had walked up all the way back to where I fell. But besides that, there were no issues. And I can tell you: Skitouring season is a dream for taking pictures. 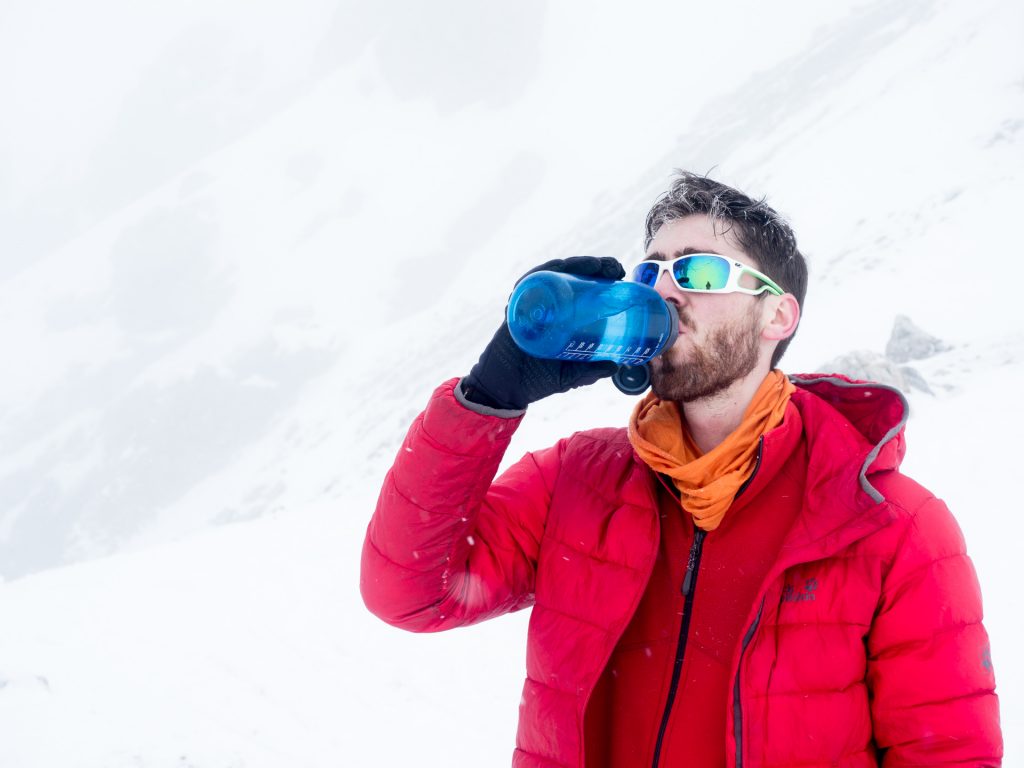 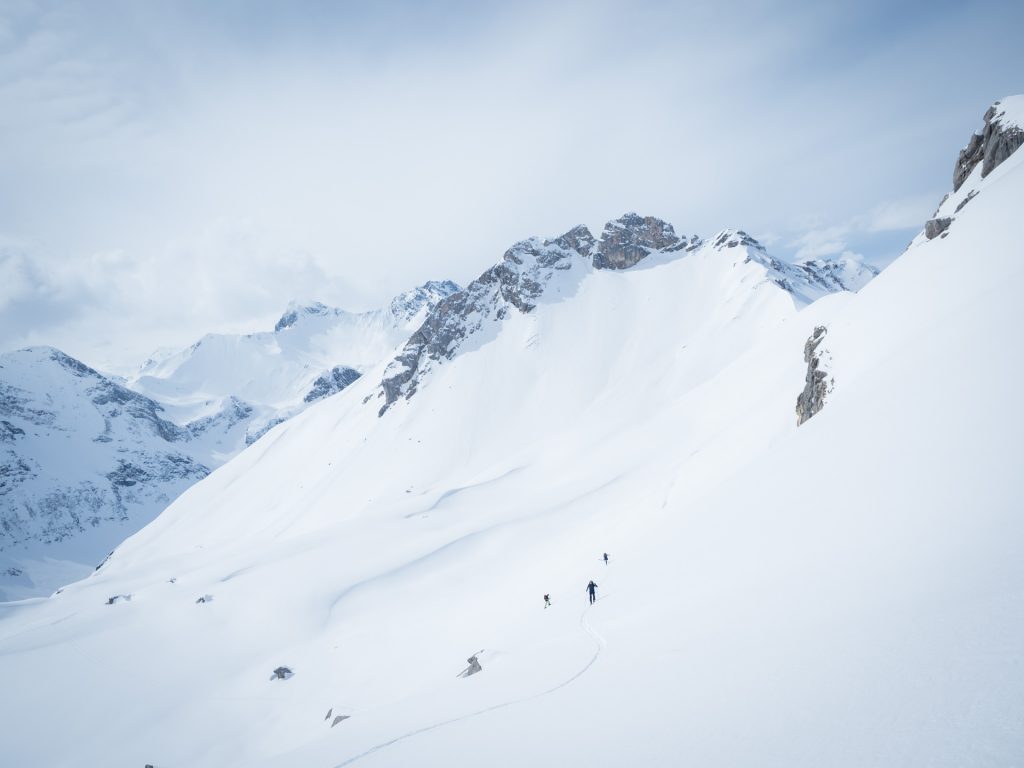 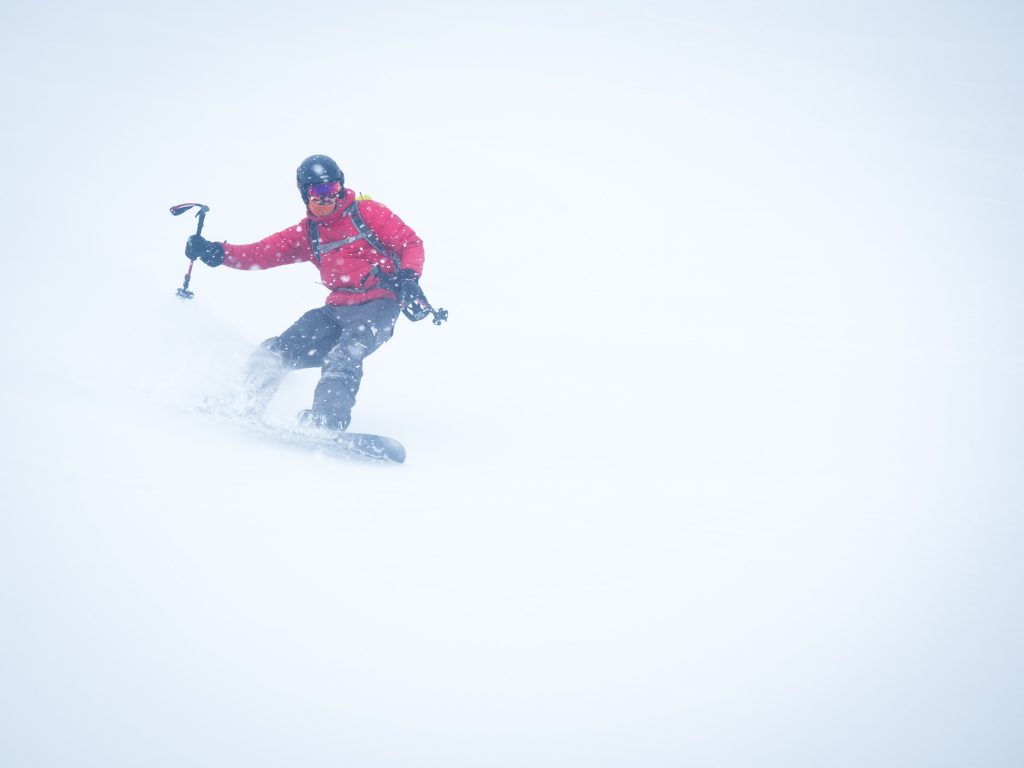 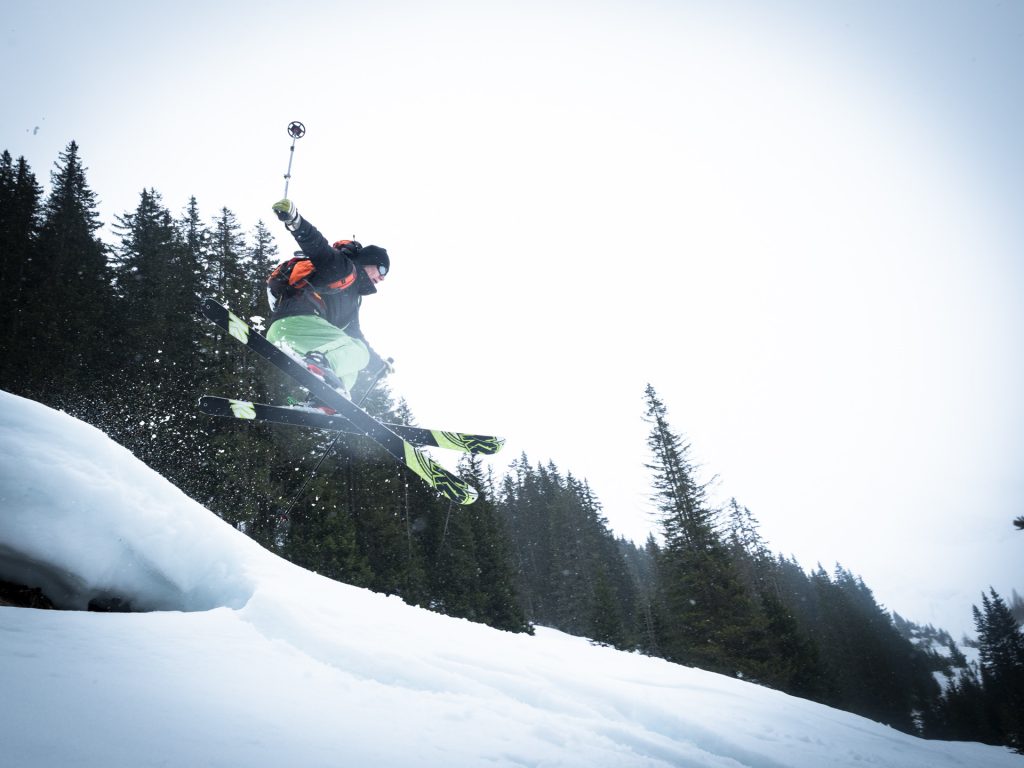 The temperatures rose and the snow melted away – the season of rock climbing and mountaineering approached. From heavy rainfall to the one or other light rock contact – nothing caused any harm to the Olympus. There were those moments when I thought: “Oh no – that hurt!” But until now I cannot see any scratches on neither the camera nor the lenses.

After a bit more than half a year of abusing the Olympus OMD-EM 1 Mark II and my lenses, I am more than pleased with how they deliver regarding build quality. Ruggedness and weather sealing are excellent. It is a camera system I take with me to the mountains and do not think about it until I take a picture – and afterward I can forget about it until the next shot. 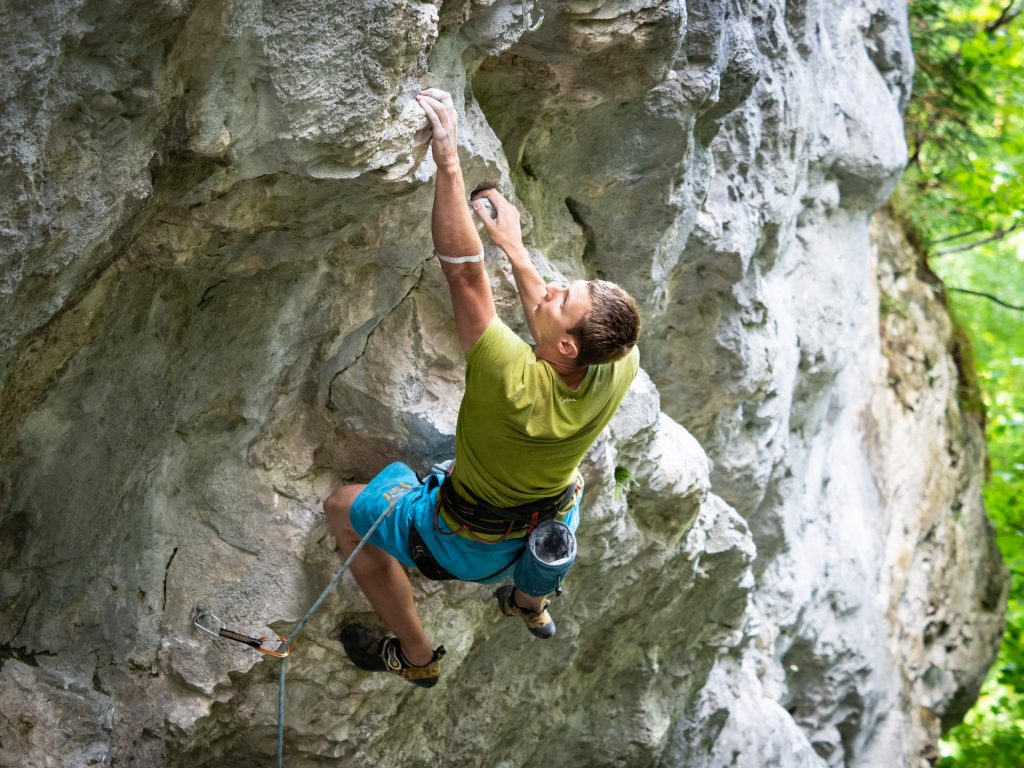 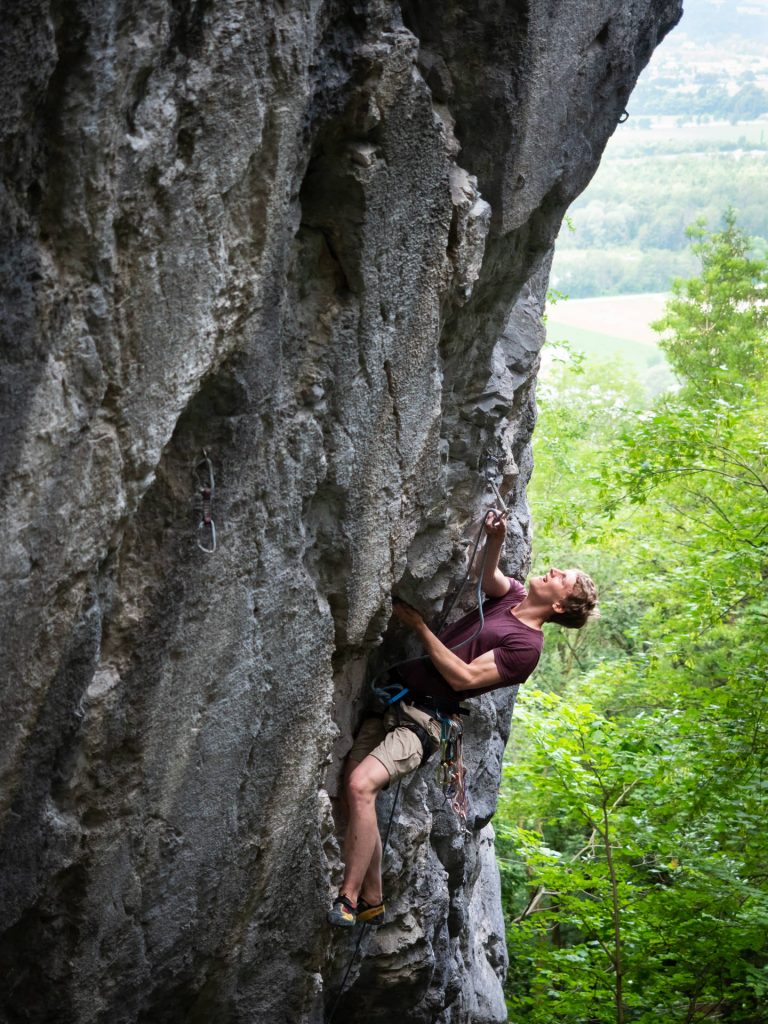 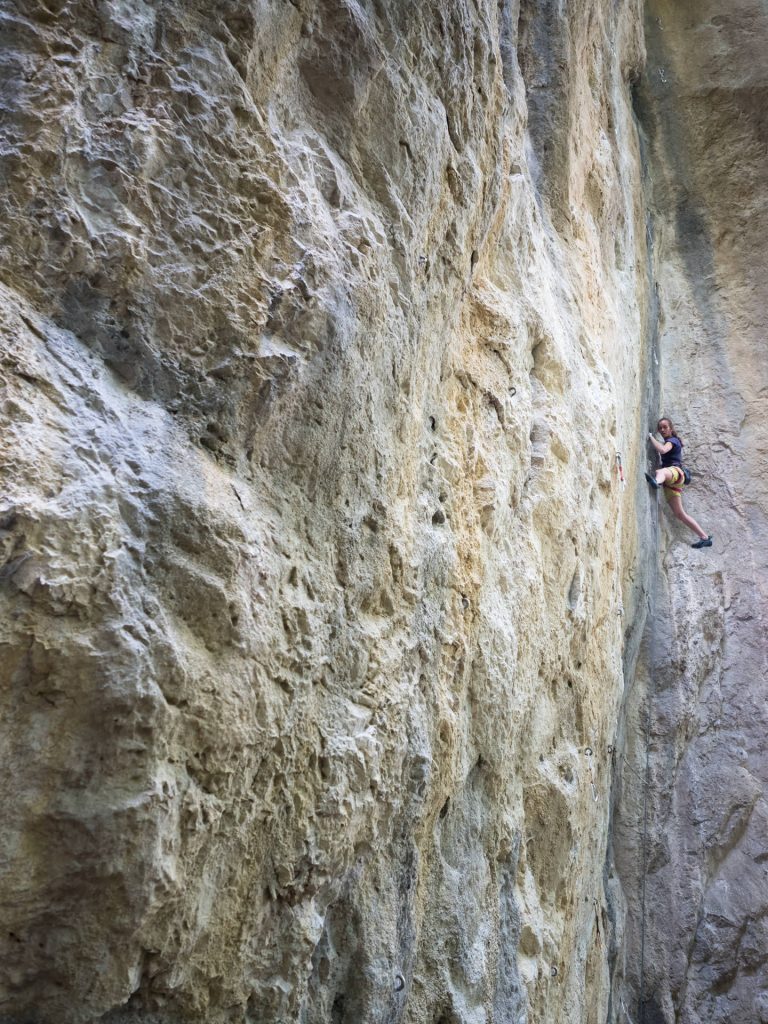 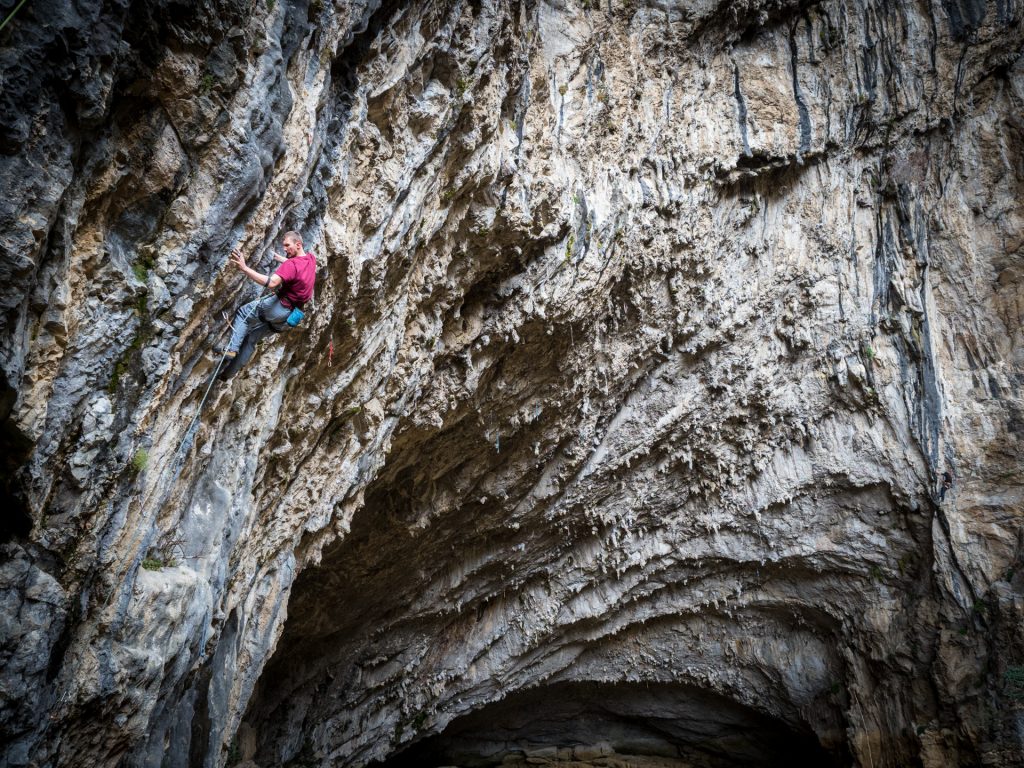 Especially during the cold season, I had to use the camera with warm gloves a lot of times. Of course, it is not as easy to use it as with your bare fingers, but I had hardly any problems. The buttons and dials are large enough to hit them with gloves – and even the arrow pad can be used to change the focus point. However, with the latter, I do not have a 100% hit rate.

The only thing that sometimes was a bit annoying is caused by the rugged metal build of the lenses. On cold mornings the metal drains the heat from your fingers quickly. So a glove is recommended for the hand that is holding the lens when temperatures are not too warm. 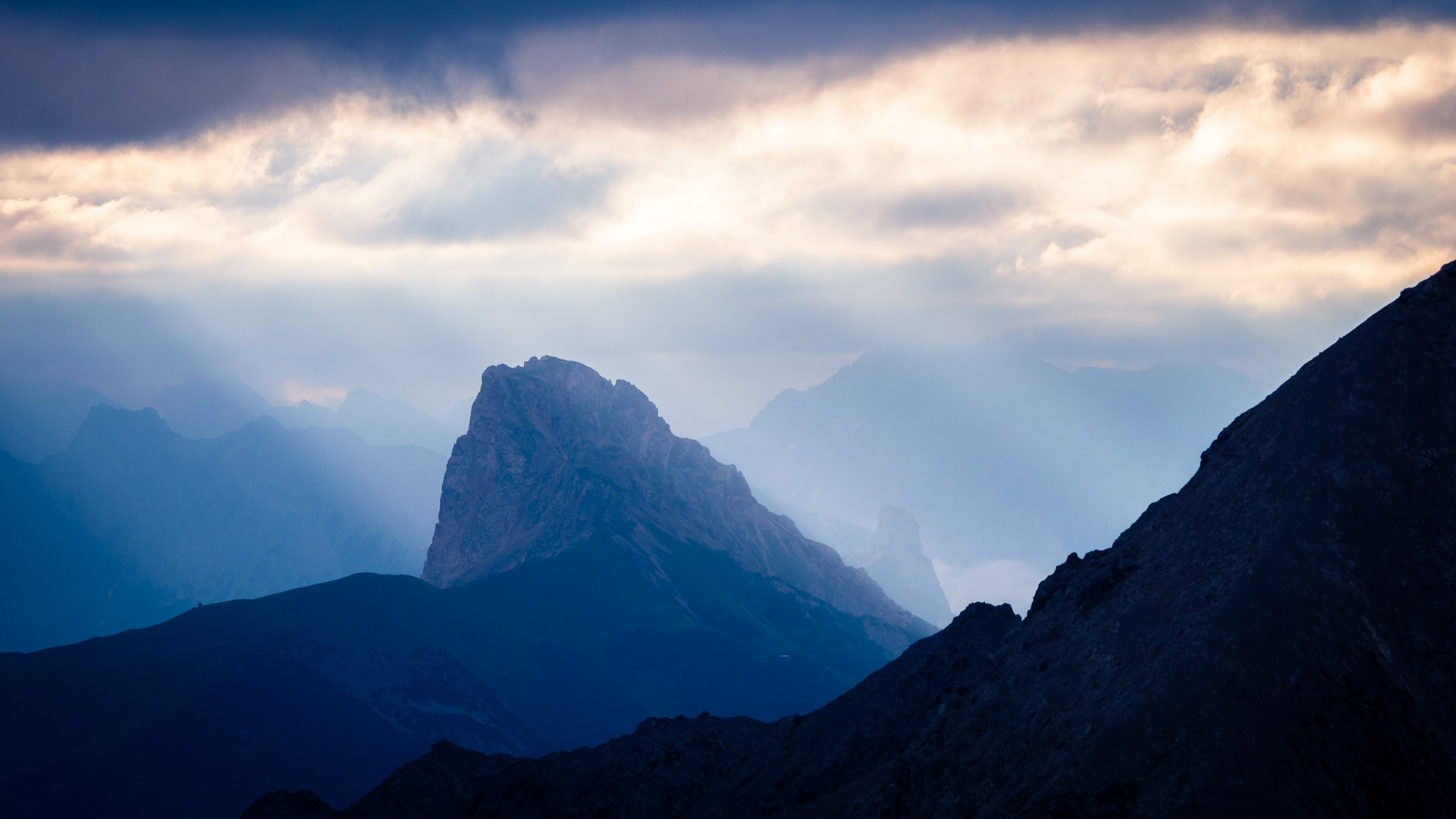 When talking about smaller sensors, people often complain about missing the shallow depth of field a full frame camera provides. This is not an issue for me. In contrary, it is an advantage. As I usually capture athletes in beautiful surroundings, I want to show where they are. With the MFT system I can maintain a wider aperture – and thus a faster shutter speed – while still rendering the background not entirely blurred.

The autofocus is excellent when capturing stills. I have not tested it yet with birds in flight, or other extreme conditions. But a skier that rides down a slope towards me is not an issue at all. Even in a backlight scenario, I had mostly keepers. And from the misses, some are just human errors, when I do not track the subject with the selected AF point accurately. 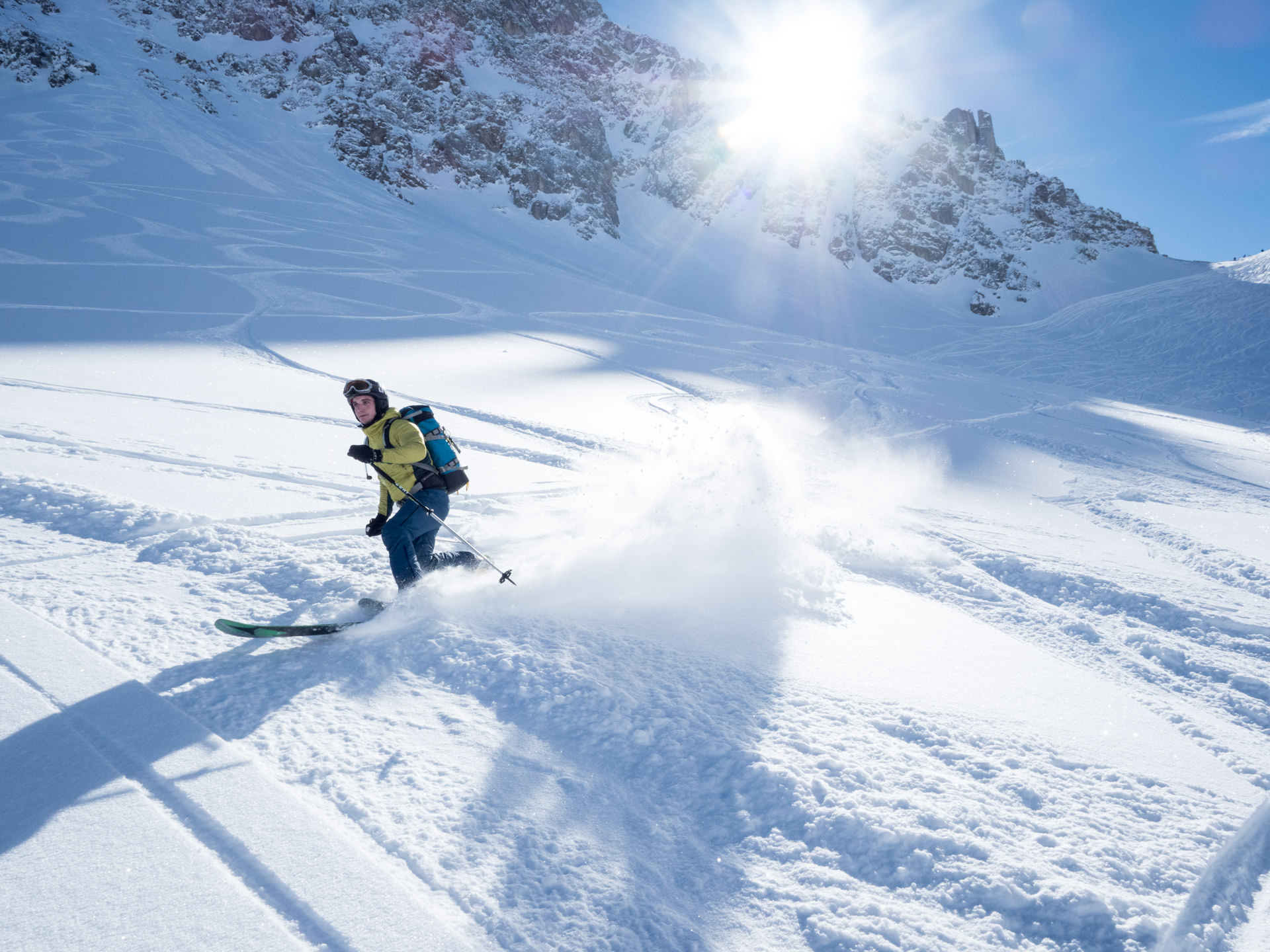 I cannot say much more than that I do not see much of a difference between the Olympus and my Canon 7D Mark II before. So even though it has a smaller sensor, it delivers excellent image quality. I have not printed a big picture yet, but I am confident that I will not be disappointed once I do.

The Olympus OM-D E-M1 Mark II is the first camera I use to get into video. So I do not have much to compare it with. But up until now, I am pretty happy. Just created my first short film about a climbing trip to Frankenjura, Germany.

I used cinema 4K for all the footage, and I like what I got. The in body image stabilization (IBIS) of the camera is a great help to get good handhold footage without additional equipment. However, when filming with longer focal lengths, a tripod is a good idea. When you are a beginner, then maybe looking at my video is a good point to compare with. If you are more experienced or want to see where you can get when you work hard, then have a look at what Chris Eyre-Walker is able to squeeze out of his Olympus equipment. I linked some of his fantastic content in the part of sources that convinced me to choose Olympus.

And last but not least I want to mention my experience with Olympus customer support. I have not had any technical issues yet. But when I ordered my equipment at the end of October and Olympus announced a Cash Back promotion on November 1st, I wanted to get it as well. I contacted customer support and got a pretty quick response – and not an automated one but one that targeted exactly what I asked for. The message said that the support employee had to clarify with her boss and would get back to me as soon as she had clarified whether they could do anything for me. Not long after that I got the confirmation and I got my cash back – with a minor hiccup in between, but that was solved by just another friendly mail contact in no time. I am delighted that I opted into a system where the company seems to highly value excellent customer service and support.

As you probably already guessed, I am more than happy with the camera, the lenses and the whole Olympus ecosystem. I am really looking forward to working with the camera in the future and to getting to know more and more of the Olympus family of cameras and lenses over time.

Hopefully, this article helped you if you are currently looking into buying a new camera. My choice might not be the right one for everybody. But for me it definitely was. Look in which tough conditions I took the camera and it not even failed me once. Sorry for the quality – those are just some snaphots I took with my phone. I do not have a second camera body (yet) to get high quality shots – but I hope they show the point I want to make anyway. 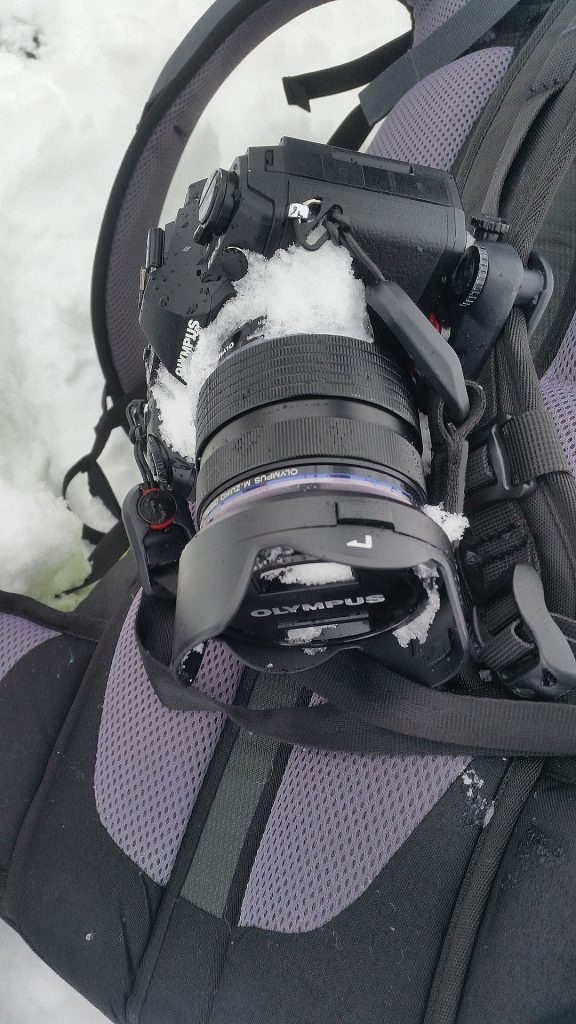 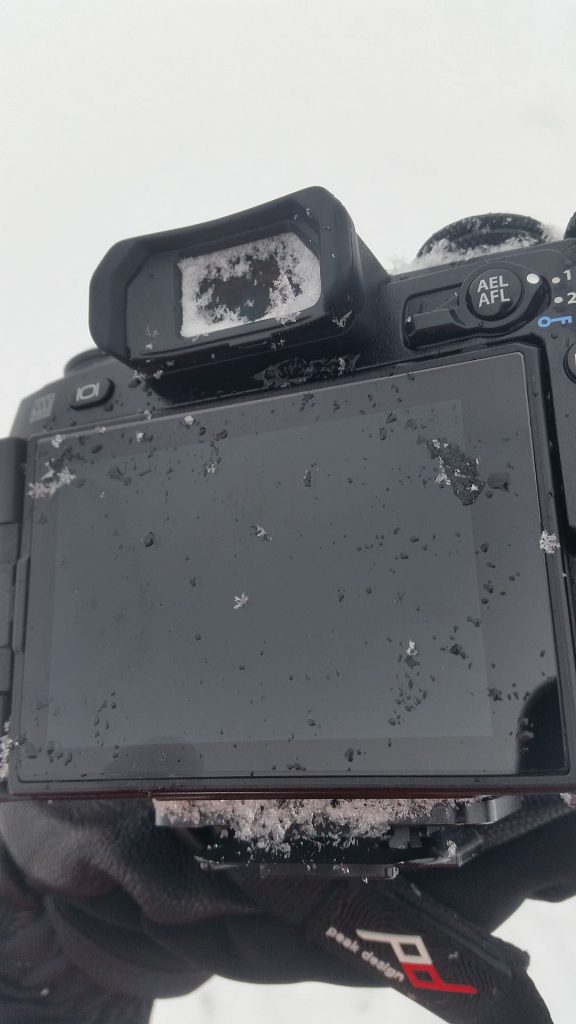 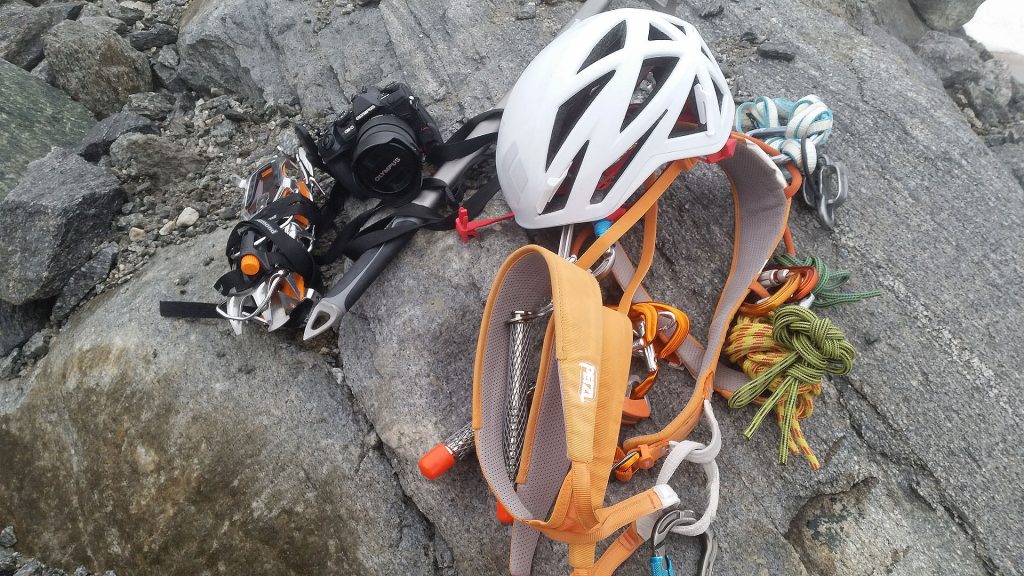 I cannot cover each and every aspect of my new camera system in this article. Therefore, I just picked the topics that came to my mind as the most important impressions from my first months using Olympus gear. So if you have any specific questions which I did not cover, then get in contact with me and feel free to ask me anything you want to know. I am always happy to help where I can.

Subscribe
0 Comments
Inline Feedbacks
View all comments
wpDiscuz
We use cookies to ensure that we give you the best experience on our website. If you continue to use this site we will assume that you are happy with it.Ok